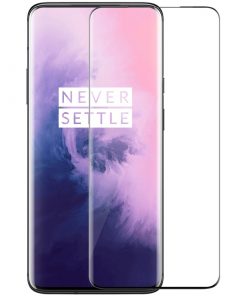 Samsung has its own moniker for each of the cell phones they release. Some notable lineups which are famous Samsung mobile in Singapore would be the Note series, S series, and A series. Each of the Samsung smartphones in Singapore has its own relative price point: Samsung Note series is usually the most expensive releases followed by the S series and then the A series with a lower price point. Lately, Samsung introduced a few new smartphones – Galaxy Z Flip which is Samsung’s successful take on the foldable smartphones niche after the Galaxy Fold, the Galaxy S20 lineup which is Samsung’s most powerful and most expensive lineup, and then the Galaxy Note 20 lineup that is available in Singapore since August, which is expected to overtake the S20 lineup in terms of both price points and hardware powers.

Samsung Galaxy A51, launched on 12/12/2019, is the latest Samsung phone Singapore with the lowest price among the 5G enabled smartphones that is available for purchase in Singapore. Despite being one of the cheaper Samsung phones, the Samsung Galaxy A51 comes with a 6.5-inches Super AMOLED and 1080p capable display which is still impressive. It also has a 4500mAh battery and a Quad camera array on the back of the device which allows an abundance of camera features. However, the phone does lack power in terms of performance for being the cheapest Samsung phone price. This is the setback users have to live with to compromise for the cheapest 5G phone by Samsung in Singapore.

Samsung’s most innovative foldable mobile devices – Galaxy Fold ( launched February 2019 ) and Galaxy Z Flip ( launched February 2020 ). Samsung Fold first came out with a rough start. The first batch of review sets has multiple issues regarding the screen. Some cases including reviewers accidentally remove a thin glass on the screen which is not supposed to be removed. There are cases where debris starting to make their way in between the screen. Samsung took fast actions in taking back the review sets and went back to the lab for further tweaking and then coming out with more durable and successful sets. The Fold has two screens: an outer 4.3-inch display and a huge 7.3-inch inner display. Both the displays are Dynamic AMOLED technologies and the devices have a total of six cameras. One selfie camera on the outer display, three cameras on the main camera array, and two selfie shooters on the inner display ( one of the inner selfie camera is a 3D camera ).

The Galaxy Z flip, on the other hand, has a better first few months. The Z Flip doesn’t inherit the issues found on the first Fold but it does pack what’s good on the Fold and adding on more to the deal. The Flip closes in a clamshell design and while closed, you will be greeted with a 1.1-inch notification display that is touchable but has limited usability. When unfolded, the inner display is a 6.7-inch across Dynamic AMOLED FHD+ display. The inner display uses a technologically advanced glass display which Samsung introduced as “Ultra Thin Glass” or UTG. The Glass, claimed by Samsung, is more durable and resistant towards scratches. The Z Flip also features a dual-camera setup on its main camera which consists of a 12MP wide and 12MP ultrawide camera while the selfie camera is a 10MP punch-hole styled shooter at the top middle of the inner display.

Samsung’s latest flagship Note lineups: Samsung Note 20 ( released August 2020 ) and Samsung Note 20 Ultra ( released August 2020 ). Vanilla Note 20 features a 6.7-inch display and is FHD supported. This model sadly only has a 60Hz screen refresh with a Super AMOLED but all of the S20 series has 120Hz. Note 20 has a triple camera setup which consists of a 12MP ultrawide camera, a 12MP wide camera, and a 64MP telephoto shooter on the main camera and a 10MP selfie camera on the top centered of the screen.

Meanwhile, the Samsung Note 20 Ultra has a full-fledged 6.9-inch display and it is 120Hz refresh rate capable. The Note 20 Ultra also supports QHD+ display but it is still unable to use both the QHD and the 120Hz at the same time. The Note 20 Ultra also has a triple camera setup which consists of a 12MP ultrawide, a 12 MP telephoto, and a huge 108MP wide camera which allows up to 5X optical zoom. The 100X SpaceZoom technology is scraped from the Note 20 Ultra but is capped at 50X zoom to offer more practical uses.

Samsung Galaxy S20, Galaxy S20 Plus, and Galaxy S20 Ultra 5G are available for purchase on 06/03/2020. The S20 lineup showcases a 6.2-inch display for the vanilla S20, a 6.7-inch display for the S20 Plus, and a gargantuan 6.9-inches S20 Ultra. All three devices use Dynamic AMOLED 2X capacitive touchscreen display and all three are 120Hz capable. The cameras on the three are also vastly different. The S20 features a triple camera setup with 12MP wide, 12MP ultrawide, and a 64MP telephoto camera whereas the S20 Plus is also the same setup but with an additional TOF camera. The S20 Ultra uses a 108MP wide, a 48MP telephoto, and a 12MP ultrawide camera with an additional TOF camera. The S20 Ultra is the only variant that features the 100X SpaceZoom function.

Samsung Note 10 and Note 10 Plus Singapore

Samsung Galaxy Note 10, available for purchase on 23/08/2020, is one of the most famous lineups among all Samsung phones lineup. Samsung Galaxy Note 10 Plus is the favorite amongst many. Note 10 Plus comes with a 6.8 inches Dynamic AMOLED Infinity-O screen and a 4300mAh battery which is both huge during its prime. It also carries a triple camera setup and a depth camera. Under the hood, you get an Exynos 9825 processor with 12GB RAM to support performance-heavy tasks such as high graphic games or running multiple apps at the same time. The battery is a small downside because it is not quite enough to last a full day if it is used to do performance-heavy tasks. However, the issue can be tackled by getting a 45W charger from Samsung store and you can get a super-fast charging so that your device can maintain a healthy level of power throughout the day. The vanilla Note 10 is also impressive amongst Samsung phones in 2019. At a cheaper price compared to the Plus variant, you will get a 6.3 inches Dynamic AMOLED Infinity-O screen and a 3500mAh battery. It has the same processor as the plus variant but the vanilla Note 10 only runs on 8GB RAM which is still powerful for everyday uses.

Where to buy Samsung phones in Singapore?

Look no further, buy your next Samsung device in Singapore with Phone Wholesale Nation! Our Samsung phones are all local sets and come with a local warranty! Our prices are cheap, authentic and best value!

If you are looking to buy other Samsung devices, take a look at our Samsung collection here: